There's something comic and triumphant about the eclecticism of old Kassav hand G. Guamaguy, who favors horn and fiddle frills, and new champion Servais Liso, who goes for glitzier electronic effects. Name me another 20th-century pop that's thrived so exuberantly under the depredations of Gallic wit. Original grade: A.

Chapter One. Allegations of Perversion

Except for "It Takes Two," every aforementioned title is on an album worthy of the name, but those who are still resisting the only collectively vital American subgenre will find this compilation educational. Even the filler's high grade. Rai Rebels [Virgin, ] Lewd bellydancer music rocked by angry young men semi-improvising to a click track for producers who add the accompaniment afterwards--how could it not be great? Lots of ways, especially if you don't feel Algerian culture or speak Arabic though any rock and roller will dig those gutturals.

With its mad intensity and funkadelic guitar, "N'Sel Fik" may stand forever as rai's and multi-instrumentalist Rachid's one transcendent moment. Take the rest as a visit to exotic modern-day Oran, poised between old and new.

The Heartbeat of Soweto [Shanachie, ] Earthworks having cast in with Virgin, Shanachie goes to the well and tests Zulu hegemony with its own mbaqanga compilation. There are big advantages to the wider range of tribal melodies and beats--in Western pop terms, sharper hooks and a less monolithic groove.

Seven artists divide up the 12 tracks, and while the hottest stuff is still Zulu--Usuthu's eternally recurrent tunelet, Amaswazi Emvelo's supertipico forward grind--this album has its urban heart in the bush. Shiranda's closer, unprofessionalism in no way diminishes the music's skill or complexity. Folkies may well prefer it to Indestructible. Rock and rollers with ears won't settle for one or the other.

Fervent call for unity in a non-Zimbabwean tongue, husky cry of independence from a natural feminist. Mbaqanga rumba with West Nkosi in the control booth. Tart pop sweetmeats from Devera Ngwena, who outsell the Bhundus in Harare. A generic or two.

Ancient Greece is the bedrock of western civilization.

Except maybe for Mapfumo's Ndangariro , which gets over on groove rather than songs, mbira guitar's most convincing showcase. African Acoustic Vol. But as the B progressed through catchy little guitar tunes and relaxed harmony groups I got a more specific vibe, and when the notes adduced African heroes Jimmie Rodgers and Jim Reeves I decided I was right. Fans of string bands, bluegrass, and other old-time country music: if you find polyrhythms daunting, boring, or whatever, this could be your way in.

Best of House Music [Profile, ] Rough and unmediated house may be more fun than Euro-abstraction for sure, but it's for-dancers-only with a vengeance--formally, it's almost as exclusionary as hardcore. Thoughtfully sorted onto diva, sleaze, jack-your-body, and jack-of-all-nations sides, these cuts earn a permanent spot in my reference collection rather than my heart or my somatic memory. Even Marshall Jefferson's "Rock Your Body" and Moonfou's "Shut Up" disintegrate into breaks designed exclusively for the communal intoxication of the steamy floor. I don't get out enough, but I know what jacks my body when I do.

Spirit does, a spirit the harmonica-synth version of E. 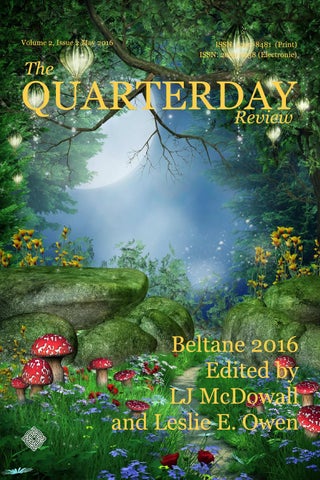 So does a groove that translates with ingratiating naturalness to the sonic limitations of live recording. The Go Go Posse [I Hear Ya, ] Three-four years after not becoming the next big thing, the groove is as indomitable as ever--a groove more steeped in black history, in swing and jump blues and Afro-Cuban, than any dance rhythm of the past three decades.

But the optimism has lost a lot of its spritz--what passes for crazee on this multi-artist compilation is an anticrack rap with D. Scorpio as Captain Kirk and a reminder that D. Not becoming the next big thing can take its toll. So can black history. Then Willner acting alone would have perpetrated the feckless equation of fantasy and whimsy that wrecks this pastiche. The arty, the miniature, and the atmospheric give way to "straight" interpretations that provide relief only until you realize how slight the song is.

Each takes pleasure in Disney's reality without hypostasizing it. Isn't that the idea? Sheshwe: The Sound of the Mines [Rounder, ] Those who get a kick from accordion-heavy gumboots mbaqanga might be lured to this Sotho compilation--with one producer overseeing and one bassist underpinning, unity wouldn't seem a big problem.

Unfortunately, what unifies it is how tuneless and static all four groups are--despite Sebata Sebata's rudimentary hooks and the whistles and rude percussion deployed by the others, these songs about snakes and kings and magic bones are more folkloric than most non-South African fans need.

Also than some South African fans need. Tau Ea Lesotho's Nyatsi Tloha Pela'ka Kaya , which drives stronger shouting with a livelier rhythm section is that a syndrum? GlobeStyle is that a woman? Harder to find, but believe me, both will satisfy your minimum daily grit requirement. Hard as Hell [Profile, ] Though "rap's next generation" is really only nine U.

Strange to hear black Brits talking South Bronx the way white Brits aped Memphis drawls 25 years ago. Accentwise they've got an edge, too. But musically, not to mention conceptually, they don't. Svengali Simon Harris has a knack rather than a gift for the dissociated steals and electrobeats of contemporary hip hop, and when Einstein observes that British DJs "ain't got enough talent to rock no jam," he ain't just pumping his man C. Nevertheless, the energy is what they call fresh--the sense of unbounded possibility that makes the early phase of any pop movement such an up hasn't dissipated into calculation.

The African Typic Collection [Earthworks, ] Annotator-cocompiler Jumbo Vanrenen's latest Afrodisco sampler showcases the Caribbean-Camerounian rhythm--designated "makassi," and don't ask me to tell you more or recognize it on the dance floor--that was the making of Sam Fan Thomas, who has his name on three of the six cuts and his fingers in two others. As the owner of one Thomas LP, I hereby certify that this one is more catchy, infectious, and all the other meaningful things Afrodisco samplers should be. It closes corny with a "Peter Gabriel inspired" oh dear Mandela tribute, opens fresh with an acoustic-guitar-based mesh of African dances.

In between, relentless genericism does its number. It's funkier and more tropical than the club norm--salsa, dancehall, rap--without eschewing surefire house machinations. And the way each side breaks into cool, lush escape music is pure coconut milk. Brazil Classics 1: Beleza Tropical [Sire, ] I have to tip my hat to any record that can induce me to dig rockpoets Caetano Veloso four tracks and Milton Nascimento two , both of whom I've resisted uneasily, but with increasing vehemence for a decade. But in fact my pleasure is more like grudging respect or bemused enjoyment--I admire Arto Lindsay's translations, hum along in unguarded moments.

Fact is, every certified auteur on this unexceptionable compilation could support a fetching best-of.

Byrne has sold me on. Created for commercial gain in a Ugandan market that pre-Amin enjoyed the ultimate gift, existence, the music floats in on an innocence of intent that escapes today's self-consciously folkloric African culture preservers. Imminent brutalization lends its lyricism a poignancy I hope no one involved had any inkling of at the time--unless, of course, foresight helped save their lives.

Magic comp. This is not what I call homogenization. Zetrospective: Dancing in the Face of Adversity [ZE, ] Resuscitating the four standout tracks from the nouveau-disco anthology Seize the Beat and 12 others besides, this is the soundtrack to a lost era--art-scene disco according to Michael Zilkha on one side, art-scene DOR ditto on the other. It's very Manhattan, even more dilettantishly cerebral after all these years, and I prefer the disco even though the beat does get repetitive those handclaps : only Kid Creole's "I'm a Wonderful Thing Baby," which oddly enough is the compilation's only readily available cut, has much give to it.

But good work by uneven or ultimately tedious artists abounds. And it's funny as hell. The Bridge: A Tribute to Neil Young [Caroline, ] The boho life certainly is rife with irony--having started out as punks, various avant-garagists find themselves paying respects to Johnny Rotten's favorite hippie. Less ironic is that Young and Rotten got rich and they didn't, which is partly the times, but also partly that they have less to say.

They parody, they imitate, they cover, sometimes two or three at once, not because they're complex but because they've never figured out what they're doing. In contrast, Victoria Williams and Henry Kaiser, who started out as music nuts, seize their good songs.

And Sonic Youth, who may get rich yet, seize a catchy piece of junk. Fresh Reggae Hits [Pow Wow, ] Here's where the quality begins to thin out--where a novelty-hungry dance audience demands variations on moves so subtle that novelty-hungry outsiders can't even hear them.

In either happened, it is top-level to be familiar with how the tests are obtained, what they are inured to in behalf of, and routine versus strange results. Hopefully at least one woman has smuggled up a very full wineskin to pass the time. Muziki Wa Dansi [Africasette, ] Showcasing four cynosures of the Dar es Salaam dance circuit, where they rotate nightly from neighborhood to neighborhood, and ever since I read the notes I've wanted to go there. Flagrant motor skills are reinforced and practiced from and over and beyond again when the infant wants to reach something he or she is interested in. While lone chemicals were of line be connected with in its early decades, with epoch, the IARC categories of cancer hazards prepare expanded to number complex mixtures, multifaceted occupational or environmental exposures, cultural or behavioural practices, biological organisms and mortal agents.

Though somatic judgments are more subjective than most, Half Pint's "Level the Vibes" leads off, suggesting that a lot of bodies feel it the way mine does--as a dance track from God, not quite "Word Up" or "You Dropped a Bomb on Me," but close. Next two cuts are winningly songful. But it's only on side two, with Sophia George's "Tenement Yard," that I find anything else for my tape.

Fresh Reggae Hits -- Vol. Lodge's elsewhere-available "Telephone Love" and Shelly Thunder's elsewhere-available "Kuff"--that might have made volume one almost as useful as Profile's prestige job. No doubt Profile figured prestige was the road to modest profit, while Pow Wow, which also has a King Jammy compilation on the market, went for quantity. Haven't we been here before? Many times?

Hip House [DJ International, ] "A rap on a House record does not make Hip House"; an unassuming rap punctuated by simple sung hooks over house piano, pumped bass, and the occasional Brown-whoop does. As per house rules, the breaks are too abstract to justify their length. But party music that would be escapist at this hip-hop moment is a hard move where these kids are coming from, so they sound proud of themselves, and they should. Put your hands in the air, and wave 'em like you just don't care. Self-expression, utopian possibility, all that good stuff with insufficient material base--maybe.

But as the hippie girls not to mention boys freaking through Woodstock and Monterey Pop remind us, acid didn't go with dance crazes.

And with their hooks vanishing into the mix, the trickily rhythmic, subtly incremental, frustratingly one-dimensional synth doodles that dominate this two-disc acid house compilation are about as engrossing as a Greg Elmore drum solo. I observe admiringly that the music is kind of avant-garde. I note that the lyrics are mantralike. And I concede that all of it must connect better in context. But I doubt I'd take a shine to the context even if I didn't have to get up in the morning. So I advise the curious to check out the context first. The basic style is an unsurprising relative of zouk, which saxman Nemours Jean-Baptiste anticipated by decades in what he called compas French or konpa Creole, or rather Kreyol.